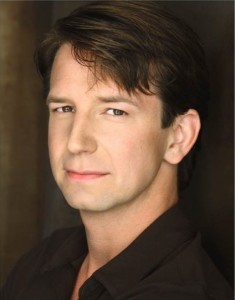 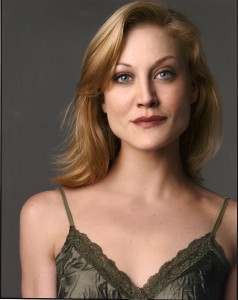 Gardner Reed (Zelda) is making her New York stage debut as Zelda Fitzgerald in Zelda at the Oasis. Her previous credits include Mona in Find and Sign (Pioneer Theater Company), Inga Arvad in Inga Binga (Charleston Stage), The Women in 39 Steps (Portland Stage Company), Abigail in The Crucible (Actors Theatre of Louisville), Joan La Pucelle in Henry VI, Lady Anne in Richard III (Alabama Shakespeare Festival), and Jackie-O in The House of Yes.

P.H. Lin (Playwright) has written fifteen plays which have been produced in theaters or festivals around the United States, including Running Wild, One of the Few, Miss Matty and the Maja, Sweet Ginger: Hot and Blue, and The Zen of Yo.  A portion of Zelda at the Oasis was presented at the Women International Playwrights Conference in Greece.  Pat has won the Dayton Playhouse’s National Playwriting Competition (Ohio) and the George Mason University Mary Roberts Rinehart Award (Virginia).  Zelda at the Oasis began life as a commission from The F. Scott Fitzgerald Centennial Committee of Rockville, MD, to be part of their F. Scott Fitzgerald 100th Birthday Celebration.  The play was originally produced by Venus Theatre Company in Laurel, MD.

Andy Sandberg (Director) recently directed the New York premiere of The Last Smoker in America, a new musical by Tony nominee Bill Russell and Drama Desk nominee Peter Melnick.  He previously directed the world premiere at CATCO in Columbus, Ohio. He has been represented on Broadway and London’s West End as a producer of the Tony Award winning revival of HAIR and the recent Broadway revival of Gore Vidal’s The Best Man (2012 Tony and Drama Desk nominations).  Other New York directing credits include R.R.R.E.D. and Bernice Bobs Her Mullet (NYMF), Into the Woods and A Funny Thing…Forum (Blue Hill Troupe) and various benefits for BC/EFA and Sing for Hope.  Upcoming directing projects: Beyond the Music (also librettist), a new musical co-written with composers Cliff Downs and Katie Kahanovitz; Operation Epsilon, a new play by Alan Brody (workshop at Asolo Theater, 2011; World Premiere in 2012 in Cambridge, MA); Shida, a new musical by Jeannette Bayardelle (Project Residency at Ars Nova, 2011);  Straight, a new play by Scott Elmegreen and Drew Fornarola; and Summer Schlock, a new musical by Kevin Carter.  In 2007, Sandberg worked with Hal Prince on the Broadway production of LoveMusik.  Sandberg is a graduate of Yale University. AndySandberg.com / @Andy_Sandberg

Colin McGurk (Set Design) is a scenic designer and visual artist in New York City. New York credits include Rio, Golems of Gotham, and Disaster! He received his MFA from UC San Diego. UC San Diego credits include The Seagull and The House of Bernarda Alba. He has exhibited his fine art in the US and Italy, and his scenic design for The House of Bernarda Alba was exhibited at the Prague Quadrennial 2011. His work can be seen at www.makethespace.com.

Elisabetta Spuria (Choreographer) began her career as a dancer and choreographer in her native Italy before moving to the United States. She has worked with such artists as Mariah Carey (“Charm-Bracelet World Tour”) and Michael Bolton (“Only A Woman Like You Tour”) as associate choreographer and assistant director. She has been an assistant choreographer, dance captain, and performer in numerous stage productions, including Footloose, Nights on Broadway III, and the operas Carmen, Candide, and Aida. Elisabetta has choreographed productions of Spring Awakening (regional premiere), The Who’s Tommy, Disoriented,Tess (NYMF), Hair, Chicago and Hedwig and the Angry Inch (Asbury Park). She was an associate choreographer for the PBS series “The Electric Company” and for musical episodes of ABC’s “One Life To Live.”

Check your email and confirm the subscription